In the summer of 2007, the 3rd year of celebrating Pride on SSI, a year after we moved here full time, we met with a few south-end queer friends at the (now demolished) Fulford Inn for pizza night. We started talking about next year’s Pride and we said, half kiddingly, “What about a parade?” At first we all thought it was just a crazy fantasy. At some point, we all thought “Why not?”

We showed what a small number of people who come together can do.

We formed a small sub-group of GLOSSI, our own anarcho-splinter group, and started meeting: Wendy, Corrie, Kareno and Kimi, Juli McDonnell and Michael Bushby. We oper-ated by consensus, were non-hierarchical and used feminist collective process. We did all the things we had to do. Also, Corrie got the Vancouver Gay Band to join in with some members of the SSI Concert Band that she was in at the time. Wendy contacted “Businesses Against Bigotry” and organized parade contingents to show up. The Unitarians somehow got a huge rainbow banner sent from across the country. We decided, of course, to begin the Parade on Rainbow Road.

We encountered some fears and resistance from some in the queer community about how the larger community would react. Caffyn Kelley, one of the co-founders of GLOSSI, led a workshop to allay people’s fears and also one to make signs and posters.

We were adamant that the parade would be people-powered (no cars), political, peaceful, rau-cous, inclusive, celebratory and pure Salt Spring Island, welcoming all. We think there were about 3-400 people and many more watching and loving it.

Rowan Percy, an esteemed member of our community, wrote about the parade:
“It takes us beyond everything, into a world where we can envision things, think a bigger world, a more inclusive world, a world with more breathing space.”

And Kimi Hendess in a Letter to the Editor wrote:
“May all of us feel proud, carry this into our lives the rest of the year and continue to march not only for ourselves but for the freedom of all beings everywhere.”

***We are grateful to be part of this wonderful island community.
Thanks to DAISSI and all who planned and participated in this year’s Pride. 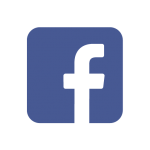